Once Upon a Time - Mother


Tonight was all about mothers and daughters. Maleficent is finally reunited with Lily, Regina deals with Cora in the flashback, and of course Emma comes head to head with her feelings toward Snow. Though both her parents betrayed her, Snow seems to be more affected than David. Cora sums it all up when she tells Nottingham, "The things we do for our children." That's what this all comes down to. What will a mother do for her child (or, in the case of Zelena or Cora, what will a mother do with her child...)

I did feel like the flashback was a bit contrived with having Cora miraculously come back to try to help Regina. Sometimes it seems like they come up with a larger theme and then devise a flashback that will fit with that. Not always, but sometimes it seems a lot more forced than others.

But oh, Regina. Sterilizing yourself to spite your mother? It was so good to see her taking that last step to realize that you are ultimately the one responsible for your own happy ending. All the magic in the world can't make that happen (though some people are certainly given a leg up with magic and fate or destiny or what have you).

Maleficent and Lily show this as well. Here is Lily, filled with all the potential darkness that should have been Emma's, but Emma certainly made her share of bad decisions and dark doings and Lily has, in her own way, fought against the evil that has seemed to trail her all her life.

I have to say that once again the casting has been phenomenal. Lily really looks like Maleficent (though someone please lighten up on Maleficent's makeup. She looks ridiculous).

However, it doesn't make any sense for Lily to be trying to just leave town. I mean, she's been plotting her revenge for years and years. At the first moment of her mother not being on board, she's just going to hop on the bus? Totally doesn't make any sense. Though I did love that the bus stop was in front of Dark Star Pharmacy. Ha. Haha.

And of course, Lily can change into a dragon. Makes sense. Though why were the Charmings charging toward the Storybrooke border when they ran into Lily? Wouldn't Maleficent dust if she left? Where were they going? And what on earth did Snow think she was going to be able to do, charging a dragon like that. Just stupid. 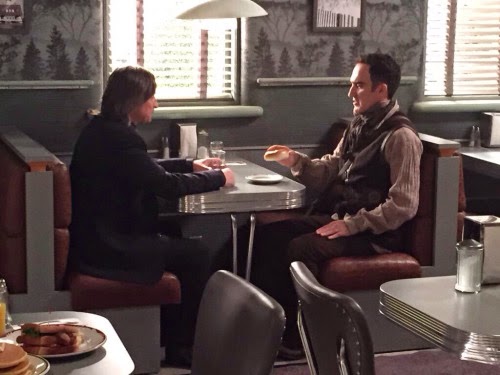 Am I the only one wondering why they're just letting Rumple wander around free? And I'm not sure I understand the difference between Rumple and the Dark One. Is there some sort of duel personality going on there? How can the one exist without the other?

The Author was being far too much of a suck up. I totally didn't trust him at all. I still don't trust him. He just enjoys causing havoc. Who knows what he's going to do now that he's got the ink. 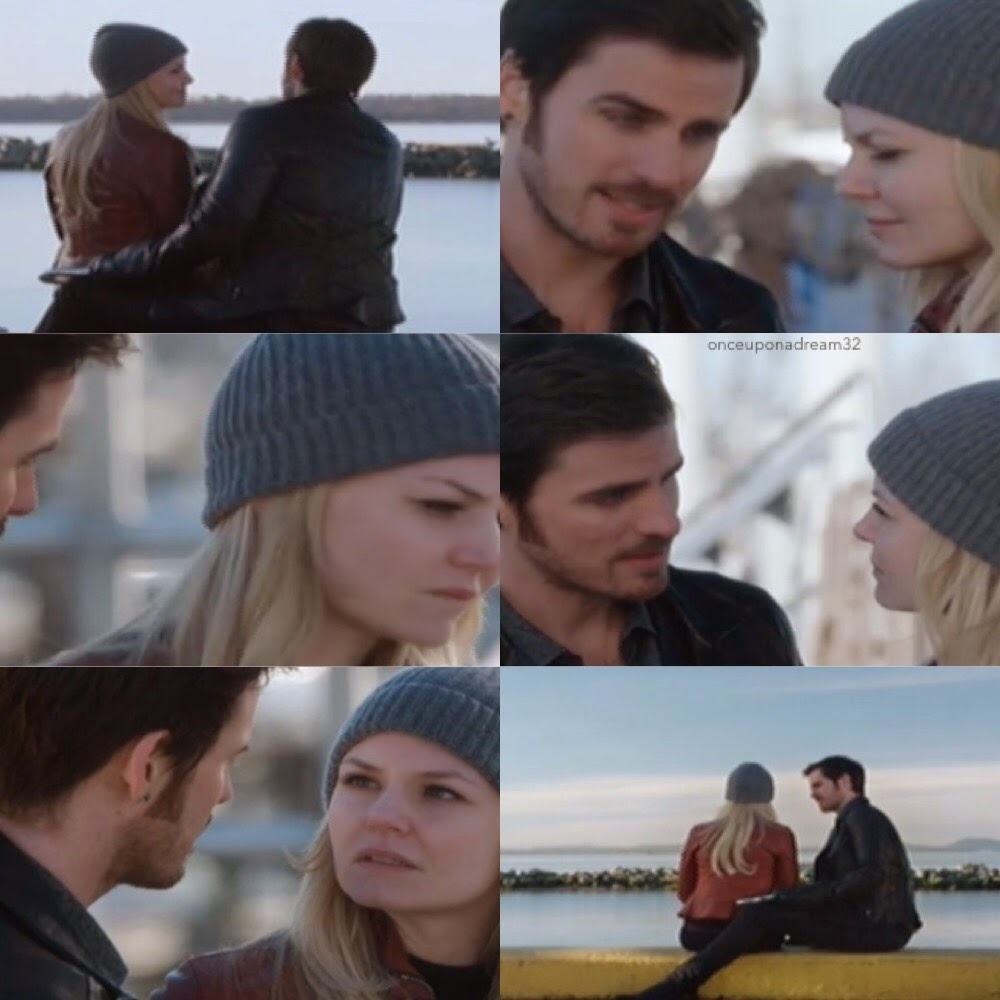 But how adorable was Killian with the giving of all the good advice and being so sweet and caring and taking care of Emma's heart even in matters not related to the two of them?

Happy endings do seem to focus around the girl finding her "prince charming" type person as Zelena pointed out. And I thought it was interesting that they addressed that. I mean, fairy tales do kind of focus around that, so it's understandable why there is so much focus on that. But it also makes Maleficent stand out because her happy ending was getting her daughter back rather than romantic love.

An interesting finale set up here. Not quite the rousing penultimate episode there often is, but a thoughtful, relationship focused one that does line us up for some interesting clashes in the final episode next week.
Posted by Rebecca T. at 9:39 PM