Summary:
Zack's got a pretty normal life. He's finishing high school, hanging with his friends the two Mikes, and playing video games during his spare time. Then he sees a space ship outside the school window and think he might be going crazy. Until he finds out that the video game has actually just been a preparation for the real threat. And Zack and the other leaders on the game board might be earth's best chance at survival. 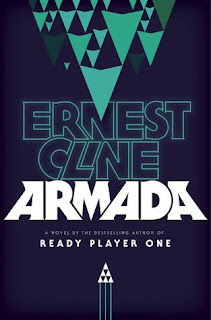 
What I Would Have Liked:
Verdict:
I received an Advance Reader Copy of this book via BookExpo America
Posted by Rebecca T. at 8:00 AM