Watch Out! Shows We Loved and Shows We Want

With the Emmys tomorrow we thought it would be fun to think back on our favorite tv shows from last season and to talk a little bit about the new and returning shows we just can't wait for. Sure this isn't a post about books, but a good story is a good story, right? And there have been some great ones on primetime!

My fave new show is The Carrie Diaries (Oct. 25 on The CW). While it's a Sex and the City prequel, it's a sweet show with a lot of heart. I also love the 80's setting and wardrobes. Despite the retro time period, I find it's a very relatable and realistic show. It deviates slightly from the books but not too much, and they've added some things that I really think strengthened the story. I can't wait to see what happens on season 2.

This season I'm really looking forward to The Blacklist (Sept. 23 on NBC) starring James Spader. I loved him on Boston Legal and this new role of his where he plays a career criminal who surrenders to the Feds in exchange for immunity to help them catch other baddies looks awesome. 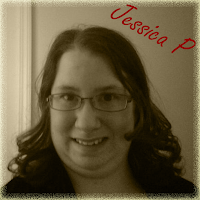 I am looking forward to 2 shows returning (I can't decide which to choose). The first is Once Upon a Time (Sept. 29 on ABC). I have been LOVING all the different twists on our classic fairy tales and how all the characters have relationships with each other. It's also cool to see a reference from Lost every now & then. The other returning show is White Collar (Oct. 17 on USA). White Collar always has such powerful mid season and season finales. Just when I think I can't get hooked any more they do something else to draw you in even further. Also it's nice to see the relationship between the 2 main characters, Peter & Neal, evolve as seasons go on.

I am a bit of a TV nut (I blame it all on Lost). One of my favorite shows from last season isn't coming back. Cult was so much fun - just the premise of being a tv show about a tv show hooked me from the beginning and the season finale cliffhanger was a killer - especially since I will never find out what happened!
For returning shows I'm psyched to find out what happens on Castle (Sept. 23 on ABC). The development of Castle and Beckett's relationship has been perfectly timed and I am dying to know what her answer is. And there are about 5 (or 10) other shows I could talk about that I am excited to see return from The Walking Dead (Oct. 13 on AMC), to Person of Interest (Sept. 24 on CBS), to Arrow (Oct. 9 on The CW), to Vampire Diaries (Oct. 3 on The CW) and its spin-off The Originals (Oct. 3 on The CW), to doing my weekly posts on Once Upon a Time, but I'll just list them and move on.

For new shows, the one that has me sitting on the edge of my seat is Joss Whedon's Marvel's Agents of S.H.I.E.L.D. (Sept. 24 on ABC). This is the first Whedon show I'll be able to watch live, the humor looks wicked, plus it's set in the superhero world, and, best of all, they brought Agent Coulsen back from the dead. I am so excited I can hardly contain myself.

What shows did you enjoy last season and what are you looking forward to coming back or starting new?
Posted by Rebecca T. at 9:38 AM

Of course - looking forward to Once Upon a Time's return, for the bonding time watching it with my sister Sunday nights and then reading Rebecca's blogs about it here the next day!

Also looking forward to NICS's return and to see how they are saying goodbye to Ziva, Scandal, and a new season of Top Chef in New Orleans.

As far as new shows, I'm definitely checking out Agents of S.H.I.E.L.D. because it's Joss Whedon and Ming Na is in it. I would also like to check out Mom because Allison Janney is in it and The Crazy Ones with Robin Williams and Sarah Michelle Gellar.