Once Upon a Time - Heart of Gold

This week we get Robin flashbacks aplenty! Way back when he first becomes Robin Hood and back to when he left Storeybrook with Marian and Roland. And we learn more about Gold and Will along the way along with a return to my favorite character of all time (could you hear the sarcasm dripping there? there seriously needs to be a sarcastafont). Zelena comes back and we find out that Robin is free after all so yay! But Zelena could kill him at any time so boo! 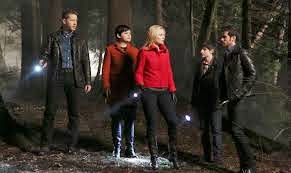 But first we got a glimpse of the royal family dealing with the immediate fallout of the truth coming to light. I'm disappointed that David and Snow are trying to justify what they did. They really can't just argue or excuse this away. What they did was wrong and if they don't claim that, then they can never overcome it. Hiding it is what got them here in the first place.

Also, the author is super creepy. Not happy at all that he's already connected up with Rumple. If there's one thing that this show has touched on it's that you can't get your happy ending through trickery. Regina could make Henry love her by putting him under a spell, and Rumple can't get Belle to love him by coercing the author into writing him the ending he wants. It just doesn't work that way. There has to be a cost, right? 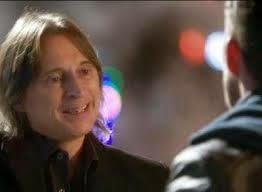 I"m not sure why Regina asked Rumple what happened to him. And I know there are people who don't agree, but Rumple, despite a few positive choices, has a pattern of decision making. His response that he "lost everything" sounds awfully familiar. He lost his family, he lost his son, he's lost things over and over. Because he becomes power hungry and selfish. The thing that kills me is that he puts his finger on it later in the episode when he talks to Robin. He says to take advice from "a man who has pushed away every chance of happiness because it was never enough." So why? Why does he keep doing it and walking away from true happiness? There is so much room for his character to grow and it's annoying that there isn't movement forward. I think the writers are trying to put Gold and Regina as foils of each other, but it's leading to a stagnation in Rumple's character.

I was sure that Will was going to come back from Oz with Robin. Never having seen Once Upon a Time in Wonderland I'm not clear on where things fall in Will's timeline. Is this before or after that? Did he end up in the forest with Robin? Anyway. I thought it was interesting that they ended up helping each other out. Especially with Will basically giving Robin his code (more on the code in a moment).

But I also wonder what kind of side effects that potion has because Will is kind of a jerk. And Rumple seemed more repentant before he drank it. 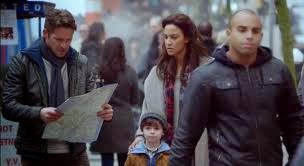 Back to the code. I understand having honor and a code. But surely there should be some sort of parameters to that? I mean, risking everything for basically nothing? But at the same time, Robin does ask for something in exchange for it. But he can be a little too altruistic at times.

I really didn't see that one coming.

It's pretty clear that Zelena is not a favorite here. BUT I do have to say that her taunting of Rumple was my favorite bit of her so far on this show. AND this means that ROBIN IS FREE! YAY!

AND this means that they get to kill Zelena off AGAIN! 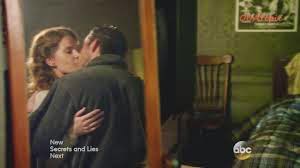 But here is my big question: How has Robin not seen the six-leaf clover pendant? I was looking for a chain or something when he was having that tender moment with Miriam/Zelena and I couldn't see any evidence that she was wearing it. Also, I guess this means the two of them haven't been ... intimate since they got back together? Because I think he would have recognized it since he has it in the flashback? There is not enough explanation about this pendant in my opinion.

And Regina makes her very biggest stride forward. She sacrifices her own happiness for someone else. Actively and sacrificially. She knows she can't trust Rumple. And she can't betray Emma. She's not that person anymore.
Posted by Rebecca T. at 9:00 PM