Once Upon a Time - Sympathy for the De Vil

Well, we knew this was coming - first we got Ursula's backstory (and lost Ursula, what's up with that?) and then we got Maleficent's backstory (well, at least a little bit more of it) and now, Cruella. I was really curious as to how they were going to turn someone who seems to be a very bizarre and straightforward villain into a more rounded character. I mean, how do you explain someone who wants to kill and skin little puppies? The answer shocked me. And ... made me happy?

But let's come back around to Cruella in a moment. First a couple of other observations.

Did anyone else feel like Maleficent really sounded like Regina when she was talking to Cruella. I had glanced down and had to look back up to assure myself that it wasn't Regina talking. 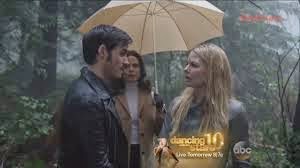 And who'd have thought we'd see the day when Emma would choose to trust Regina instead of Charming and Snow. I am kind of feeling like Emma's story is pushing toward "darkness" a little too quickly, though.

Regina gets Belle to help her fool Rumple. Rumple, surprise surprise, has a dark heart after centuries of betrayal, evil, and selfishness. Here's my question: How on earth will turning Emma dark reset his own heart? I would think it would be one more thing stripping away the love?

Also, Regina had the perfect bit of sass in having Belle compare Rumple with Will. Ha.

And three cheers for Henry showing some real agency and getting out of his binds like that.

Cruella on the phone: "Blasted birds. I'll show you what angry looks like." HA and HA.

I also really don't understand how killing one person in defense of her child could turn Emma dark. But I guess, combined with her anger against her parents, it's heading her that direction. AND I guess it was a very conscious decision. But even so. Anyway. I'm really curious about Gold's twisty turny plan as he plays serious puppet master.

Can I just say how ... refreshing her story was? Okay, maybe that sounds bad, but hear me out. I was literally rolling my eyes at the opening scene and even noted: Of course, another evil stepmother story. What a surprise. The whole thing just didn't make sense to me. There didn't seem to be any reason for the mother to be locking Cruella up in the attic. I was really annoyed that she was just another misunderstood and traumatized little girl. 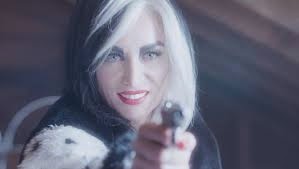 So for her to be a straight up evil psychopath? Refreshing.

I do still have some questions though. Like, why marry not once, but twice more? Okay, so maybe the second husband because you're lonely and you think maybe there was just a thing with Cruella's dad. But when he died WHY ON EARTH WOULD YOU MARRY A THIRD MAN?

There were a number of things in Cruella's history that felt more like blinds for the audience to hide the reveal rather than actual story points that make sense once the reveal comes. 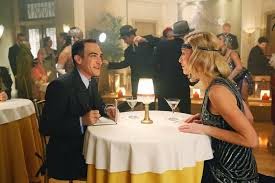 I also have many many questions about the Author. What drew him to Cruella's realm? (ooh. back to the realms in a minute) Why was he there? How does it work? Does he write what's supposed to happen or what he wants to happen? Did he start out writing the "proper" way but then become power hungry? In the flashback the Author is actually pleasant. I liked him. Up 'til now he's just seemed creepy. I need more information.

I'm also pretty sure that there is something about using the quill or the ink apart from each other that will play into the larger solution. Maybe. Unless they only brought it up to explain Cruella's new look. But.

Also! How did Cruella get out of that realm?

Realms! They've obviously been playing with and expanding this idea since the beginning of the show, but this is the clearest explanation that we've gotten. It also means that basically no literature or time period or movie is beyond our grasp (though we've suspected that since Frankenstein amirite?)

But I really like the idea that this is just a quasi-time realm. Kind of like a perpetual Gatsbian period.

So lots of fun reveals but lots and lots more questions.
Posted by Rebecca T. at 9:30 PM