Once Upon a Time - Lily

Tonight we learn more about Emma's past and just how intertwined her life has been with Lily. Lily has been getting all kinds of information about the fairy tale world from the Sorcerer's Apprentice. Rumple and Will team up to get Belle's heart back, and Regina finally makes it to New York to try to rescue Robin from Zelena's twisted clutches. 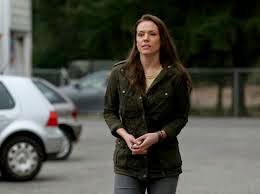 This was rather an expositional episode. The flashbacks were informative, but not shocking, especially after all we've learned in the last few episodes. On a side note, it's a nice touch that Lily has dark hair and eyes while Emma is so fair... just sayin'

Emma did discover that, despite how angry she is with her parents, she still wants them to be part of her life and that she's willing to take some pretty extreme measures to protect them.

And I just want to say that Emma and Hook saying good-bye was way up there on the adorable meter. 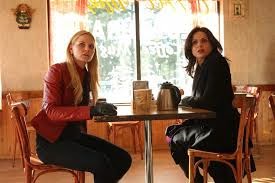 Loved the Emma and Regina road trip! I just adore Regina as a character now that she's really found her footing as a character and is good without being saccharine.

I've been very up and down on the whole Belle/Rumple relationship, but she and Will are moving awfully fast and technically she's still married to Rumple. The writers just haven't given us any reason to accept Will and Belle as a couple, other than convenience (he was there and not connected with anybody and they needed someone to make Rumple jealous). I need more than that. I mean, I could potentially eventually understand it, but we need WAY WAY more about Will and what Belle sees in him before I'm buying them as an actual couple.

When Regina went to Belle and asked for her help to stop Rumple I kind of had the impression that Belle allowed her heart to be taken in order to help. I guess Regina never actually asked though, and just took it and didn't return it.

That story line felt very odd to me with Rumple and Will working together and the heart and everything. I don't know. It just felt more like the writers trying to convince Rumbelle shippers that the ship has sunk than an actual plot point moving the narrative forward. 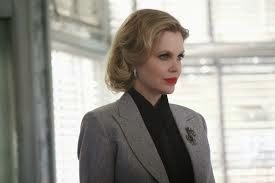 And Maleficent needs to stop wearing that color lipstick for reals.

Also, WAS THAT RUBY?!

Okay. So if the Sorcerer's Apprentice is the one who told Ruby everything, then shouldn't she be angry with the Author? I mean, I understand her anger and desire for revenge against the Charmings. Because really they did ruin her life. And saying they're sorry isn't enough. I really can't wait to see how that meeting goes down. But I am dying for the reunion between Maleficent and Lily. 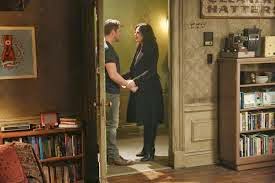 And then there was Robin Hood the unobservant. Why go out of the way to show that he knew what the pendant looked like to have him be the stupidest man alive and not recognize that his "wife" is wearing it constantly even while they were, apparently, making a baby together. I just don't buy it. I'm annoyed at that.

It is a perfect move to get him locked into his "code of honor" but honestly Robin. Sometimes I just want to shake him.

A lot of stuff set up for a rousing last couple of episodes for this season, though. That's for sure!
Posted by Rebecca T. at 9:31 PM