Most Wanted by Lisa Scottoline

"Christine Nilsson and her husband, Marcus, are desperate for a baby. Unable to conceive, they find themselves facing a difficult choice they had never anticipated. After many appointments with specialists, endless research, and countless conversations, they make the decision to use a donor.
Two months pass, and Christine is happily pregnant. But one day, she is shocked to see a young blond man on the TV news being arrested for a series of brutal murders and the blond man bears an undeniable and uncanny resemblance to her donor.
Delving deeper to uncover the truth, Christine must confront a terrifying reality and face her worst fears. Riveting and fast-paced with the depth of emotionality that has garnered Lisa Scottoline legions of fans, "Most Wanted" poses an ethical and moral dilemma: What would you do if the biological father of your unborn child was a killer?" - indiebound.org 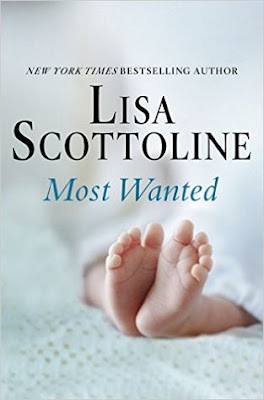 Having never wanted children of my own, I had a hard time identifying with Christine and Marcus' desire to have children but I could identify with their quest for the truth which is the crux of this novel.  Marcus wants to confirm the identity of their donor by suing the sperm bank they used while Christine takes matters into her own hands.

I would've liked a little more detail into Marcus' efforts with the lawsuit he filed.  The lawyer he met with raised some very interesting questions about the whole business of sperm donation and the regulations it does and does not face.

In addition to using different means to find the truth, Marcus and Christine also debated the nature vs. nurture argument of raising a child who may be the biological product of a serial killer which was interesting and leaves the reader to opine for themselves.

The secondary characters were fabulous, Griff who unwitting aids Christine in her quest to find the truth about her donor is an endearing curmudgeon who I really hope Scottoline finds a place for in a subsequent novel. 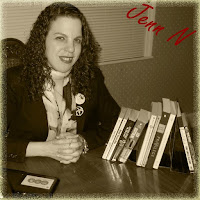 Most Wanted was a thrilling, entertaining and thought provoking novel.  Look for it in your local bookstore or at online retailers, you won't be disappointed.  For more on Most Wanted and Lisa Scottoline, visit her website.

Special thanks to NetGalley and St. Martins Press for providing me with a free digital galley in exchange for an honest review.