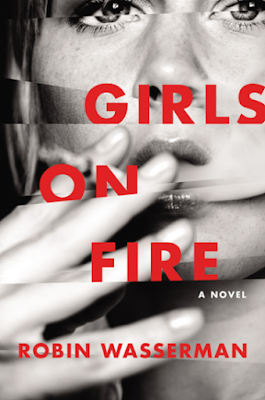 Three girls went into the woods; two came out.
It sounds like a joke, or a riddle. But it was only, would ever after be, the rest of our life.
Shortly after Halloween, 1991, the local high-school basketball star is found in the woods near Battle Creek, Pennsylvania, with a bullet in his head and a gun in his hand—a discovery that sends tremors through this conservative community, already unnerved by growing rumors of satanic worship in the region.
In the wake of this incident, bright but lonely Hannah Dexter is befriended by Lacey Champlain, a dark-eyed, Cobain-worshipping bad influence. Lacey forges a fast, intimate bond with the impressionable Dex, making her over in her own image—and unleashing a fierce defiance with unexpected and harrowing consequences. By turns a shocking story of love and violence and an addictive portrait of the intoxication of female friendship, Girls on Fire is an incendiary and unforgettable snapshot of girlhood: girls lost and found, girls weak and strong, girls who burn bright and brighter—and girls who flicker away.


Just like Dex and Lacey's friendship, this book is all consuming and not for the faint of heart.

Wasserman does a fantastic job of plopping the reader in the midst of the 90's grunge area. I was in middle school in 1991 but I remembered all of the pop culture and musical references.  In high school, I even wore the thick rubber heeled lace up boots like Lacey and Dex love.  Aside from a similar love of grunge footwear, I had little in common Lacey, Dex or anyone in this novel. 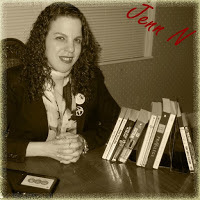 I'm struggling to describe this book.  It's not that I didn't like the book, the setting and characters were so vividly described that it all seemed real, it just seemed all too real.  It was dark and twisted, a tragic story full of emotionally lost people.  Not only do Lacey and Dex lose their sense of self in their obsession with each other but Dex's father is also a tragic figure who lost himself decades ago. 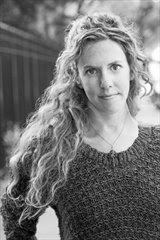 Robin Wasserman is a graduate of Harvard University and the author of several successful novels for young adults. A recent recipient of a MacDowell fellowship, she lives in Brooklyn, New York. Girls on Fire is her first novel for adults.

For additional reviews of Girls on Fire, please visit the rest of the stops on the TLC Blog Tour.

All consuming seems like a great word to describe this book.

Thanks for being a part of the tour!