Happy February and welcome back to "First Things First."  Each month I'll be reviewing the first book in a long-standing series.  "The Lincoln Lawyer," is the first novel in Michael Connelly's best-selling series of the same name and is also the basis for the recent Matthew McConaughey film. 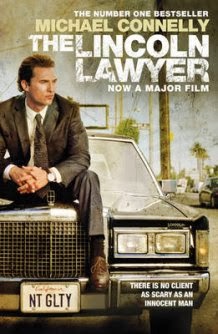 Mickey Haller has spent all his professional life afraid that he wouldn’t recognize innocence if it stood right in front of him. But what he should have been on the watch for was evil.

Haller is a Lincoln Lawyer, a criminal defense attorney who operates out of the back seat of his Lincoln Town Car, traveling between the far-flung courthouses of Los Angeles to defend clients of every kind. Bikers, con artists, drunk drivers, drug dealers — they’re all on Mickey Haller’s client list. For him, the law is rarely about guilt or innocence — it’s about negotiation and manipulation. Sometimes it’s even about justice.

A Beverly Hills playboy arrested for attacking a woman he picked up in a bar chooses Haller to defend him, and Mickey has his first high-paying client in years. It is a defense attorney’s dream, what they call a franchise case. And as the evidence stacks up, Haller comes to believe this may be the easiest case of his career.

Then someone close to him is murdered and Haller discovers that his search for innocence has brought him face-to-face with evil as pure as a flame. To escape without being burned, he must deploy every tactic, feint, and instinct in his arsenal — this time to save his own life. - michaelconnelly.com

This book was fantastic. From the minute Mickey meets Louis Roulet, an affluent young man accused of assaulting his date, you know that something isn't quite right.  Is Roulet being set up?  Or is he really an abusive man?  As Haller begins to prepare his defense and investigates Roulet, we get some answers and that's where the real story takes off and you're on a fast paced ride as Haller soon finds himself in more trouble than he ever bargained for. Soon everyone in Haller's life is a suspect in what seems to be a sinister plot against Haller's life.  You'll be guessing everyone's true motives until the very end.

In addition to the great plot, the characters were also fantastic.  Connelly does an amazing job of making them not just characters on a page but real people.  Haller is a very interesting and complex person.  He's a brilliant lawyer.  His legal tactics are clever and he works hard but his problem is he knows he's good and as a result he's more than confident. He's a tad arrogant and that arrogance ultimately leads him into the mess he finds himself in here.  Regardless, he's also charming and and a little snarky which is a combination I find irresistible.  Haller's ex-wife describes him as a "... a sleazy defense lawyer with two ex-wives and an eight-year-old daughter and we all love you."  However I didn't find him sleazy.  While he may represent some awful people, he also sees the good in some of his other clients who've just made poor choices and found themselves in legal trouble such as his driver, Earl.  Even the minor characters in this novel such as the prostitute Haller routinely represents have depth. 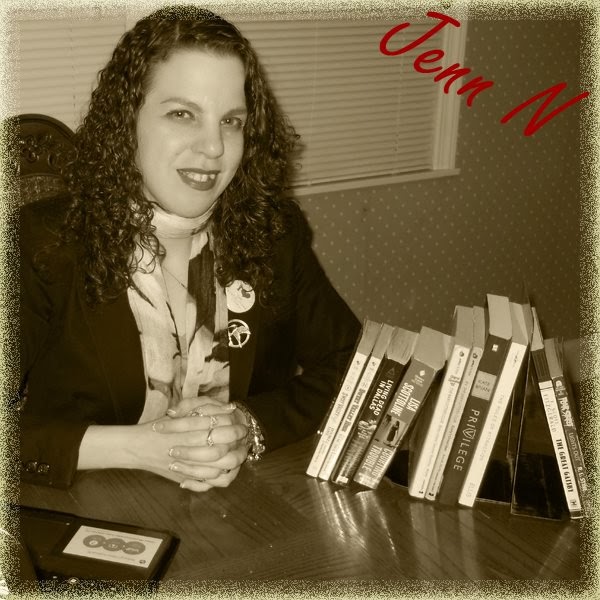 I have yet to see the film adaptation of "The Lincoln Lawyer," but I'm a little reluctant to as this book was so wonderful.  I am about to the start "The Brass Verdict," the second novel in the series.  "The Brass Verdict," also features Harry Bosch from Connelly's other best-selling series.  "Bosch," has also been adapted into a television show for Amazon streaming and will debut this month. I look forward to starting that series as well.

If you haven't read "The Lincoln Lawyer," yet, go get it!  You're in for a real treat. If you have read it, seen the film or read any of Connelly's other novels, I'd love to hear your thoughts on them below.  Please try to keep your comments spoiler free.
Posted by Jenn N. at 8:00 AM