February is Black History Month. It is a time to celebrate and reflect on the contributions of African-Americans that have enriched our culture as a whole. It is a time for learning and walking a mile in someone else’s shoes. Reading is a great way to get out of your comfort zone, get out of your own head and learn about another person’s culture through the stories he or she shares. Here are three selections from African-American Science Fiction and Fantasy authors you may or may not know about. 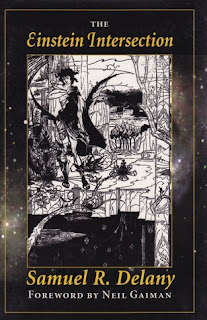 The first book is The Einstein Intersection by Samuel R. Delany. The story is loosely based on the myth of Orpheus and Eurydice. The main character is Lo Lobey. He is a member of the alien race that has replaced humanity on Earth after our demise. Their world is full of the relics of history; all the trash and treasure that was left behind. Everything is scavenged including the myths and legends of world culture. Lo Lobey wears the story of Orpheus the way a person would wear a coat. It slips on and off in this tale creating something entirely new and beautiful. 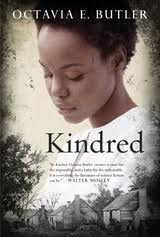 The second book is Kindred by Octavia E. Butler. It is the story of Dana. Dana is a modern black woman living in Los Angles in 1976. Suddenly, for reasons never fully understood, she is whisked away to Maryland in the 1800’s. Dana is summoned by Rufus, a scared white child, who eventually becomes a bitter plantation owner fitting with the times. Dana only appears to assist Rufus when his life is in danger. Each time she goes back, the stays become longer. Dana must keep her wits about her in a world where she is another person’s property and has no tangible rights. One of Rufus’s illegitimate children will be Dana’s direct ancestor; adding to the complexity of Dana’s situation. This book delves into the psychology and history behind being a slave as the author conveys a realistic account of slavery to the reader. This book is a challenging and important work. It is a one-of-a-kind literary experience. 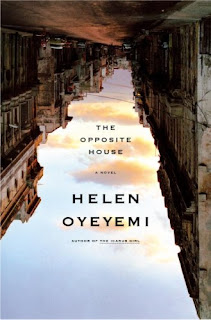 The last book on the list is The Opposite House by Helen Oyeyemi. It is about a young woman named Maja. The story is set in London as Maja deals with living in a foreign country as a woman who is the child Afro-Cuban exiles. She feels lost and seems to be sleepwalking through her life. This story is juxtaposed against a story of the gods and goddesses of Santeria. Each deity is disguising itself as a Catholic Saint to survive in the modern world. This story is an urban fantasy with a post-colonial voice. It is about feeling alien and lonely in a world full of people who are all supposed to act identically and change themselves according to social norms.


Society is changed and built by innovators; whether it is through inventions, philosophies or words. America has a sorted and complex history. We celebrate changes while asking our citizens to forget the parts of our country’s collective past that are shameful. Our culture becomes so concerned with preserving one specific history that many voices become marginalized. Black History Month is about hearing different stories, different truths and different points of view. Happy Reading.
Posted by Albert at 7:00 AM

On the second day of Black History Month-and given your thoughtful topic above--you might want to consider featuring First Cause: A Novel About Human Possibility on your website.

The author (yours truly) is a Caribbean-American New Yorker. The main protagonist, Adam Grey, is Caribbean-American, and one of the central themes in the book is that human advancement would involve the species' gradual browning and the eradication of its imaginary boundaries.

Moreover, it's a compelling, page-turning read, and hopefully will provide food for thought on other topics of interest to the human condition.

For your Kindle device, you can pick it up on Amazon here: http://www.amazon.com/First-Cause-Possibility-Terranaut-ebook/dp/B004XQV7ZE/ref=pd_rhf_gw_p_t_1

And for different formats, you can get it on Smashwords here: https://www.smashwords.com/books/view/118368

I'd be happy to answer any questions you have, and I would love to appear on your site. Thank you for your time!