So this week, Amalia Dillin's second book in the Fate of the Gods Trilogy came out! And if you haven't read her books yet, you totally should.

The first book, Forged by Fate, came out earlier this year and you can read Rebecca T's Top 10 Things she loved about it. Then Tempting Fate, a novella showing things from Mia and Adam's point of view came out a few months ago. Now we finally get to read more of the story in Fate Forgotten which came out yesterday! Amalia does such a great job of weaving together the Biblical account with other mythologies from around the world. Especially Thor. Because Thor rocks.

So this is our stop in the Thor Love Blog Hop! You can head over HERE to check out the other blogs who are taking part too.

One of the things we founded the Booksellers Without Borders NY blog on is our eclectic group of Borders family members who add different takes on the books, tv shows, or movies we review. We like to try to do group posts fairly regularly, so we thought this would be a fun time to do that. So here are some of our favorite Thor versions! 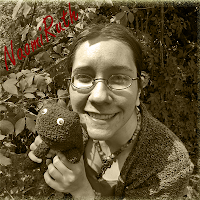 NaomiRuth: My favorite is probably Amalia Dillin's from Forged by Fate. Amalia's Thor is so interesting as a character. ... he cares so much about Eve and does the best he can for her. I like Amalia's world-building and how interactions go between the mythologies. ... it's more than just liking her Thor, but liking her Thor in her world. 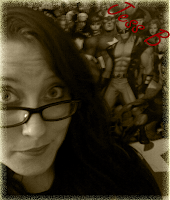 Jess B: Thor is my second favorite super hero ;) My absolute favorite is Avengers Disassembled: Thor by Michael Avon Oeming. It's when the Avengers have to help fight the Norse God apocalypse and Thor doesn't know if he should be helping fight it or help usher it in. It's sooooo good! Oh!!!! And Frog of Thunder is hilarious! Throgs is the character name and he is Thor, but Loki turned him into a frog; they are hilarious!!!!

Rachelyons: The Beard and I have seen both The Avengers and Thor and absolutely love them! Thor is my favorite superhero after Iron Man. The Beard puts The Avengers on almost every day because it's on Netflix. ... He's been reading Thor comics recently - he just read a part where Thor puts Asgard in the desert and Loki becomes a woman - "typical comic book craziness" he says.

Rebecca T: I'm a big fan of comic book movies, though I'm still a bit intimidated by the comic book world of books. I really do like the version of Thor in both the recent Thor and The Avengers movies and I'm really excited about Thor: The Dark World movie coming out this week! But I never really paid much attention to Thor until I became Twitter buddies with Amalia. Her enthusiasm for Norse mythology and Thor in particular was infectious and I absolutely adore the way she writes his character in the Fates of the Gods series. But my favorite incarnation of Thor is from Amalia and Mia Hayson's Thor in Zombieland serial they took turns writing on their blogs a couple of years ago. You can find all of the links HERE and should be ready for some absolutely hilarious hi-jinks.

This is such a great post!! Thank you so much for taking part in the blog hop -- and thanks for the nod to both Fate of the Gods!Thor and Thor in ZombieLand!Thor!!!

Also, that Thor title where Asgard is moved to Oklahoma is one of my absolute most favorite arcs in the comics! :)

What a lovely post -- thanks so much for hopping with us!