Once Upon a Time - The Broken Kingdom

This week we had a flashback with a flashback, giving us the backstory on the slimeball who calls himself King Arthur. David and Snow fight and then plot to reveal the truth and Lancelot gets thrown in the dungeon where we find with relief that Merida wasn't just a one-shot plot device. Meanwhile, Hook's doing his best to free Emma from the dark voices in her head. It's too bad it only worked temporarily. Can she actually use Merida to turn Rumplestiltskin into a hero so she can pull the sword from the stone? (and there's a sentence you would only see in relation to Once Upon a Time) 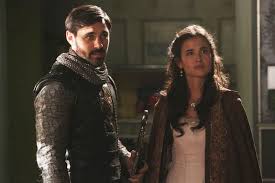 I haven't liked Arthur since the first time he rode onto the screen and I haven't been too shy about it either, but now there's proof that he's an obsessive jerk face who ignores his wife and kingdom in the pursuit of power. Hm. Sounds like other people who haven't done well in the long run on this show.

Major themes of lies and truth this season. Almost every character has lied to another character - for varying reasons, some more altruistic, some evil. But the unifying theme is that no matter the purpose for the lie, it doesn't end well. 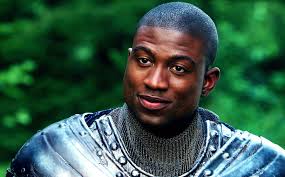 It was nice to see that Lancelot wasn't really the villain he's been made out to be. I would have hated to have to see him as the villain after coming to like him before. And I am relieved that Merida is back, mostly because it felt really lame to have her just pop in for that one episode. It seemed pointless. I'm curious to see where they take her storyline now.

A couple of other thoughts:

Excellent casting on the kid versions of the characters again. Really well done on Arthur.

Aw.. all the dreamcatchers in Emma's room - a nice touch and also a connection to Emma's past and one of the other people who loved her sacrificially and unconditionally.

Why did that curse viney thing go after Lancelot and not Guinevere? Sexist curse :P 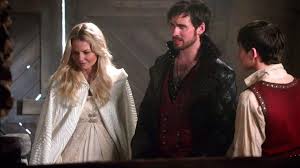 I loved Emma and Hook's reaction to Henry's revelation about the girl. Emma's all, say what? and Hook's just smiling and nodding like, nice going, lad.

Regina wins best line again when talking about Snow and David: "Those two can outlive a cockroach."

Better episode than last week. Curious to see where it goes next week.
Posted by Rebecca T. at 9:00 PM