In tonight's episode we learn about Zelena's end game (that is unless you were watching the "next time on" clip at the end of last week's episode - because we learned about it then...). We also get a sweet heart to heart between Snow and Regina and learn a little bit more about their twisted histories. 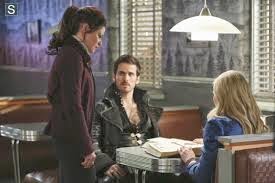 Another enjoyable episode without much depth. I liked it; it moved the plot forward; but there just isn't much to comment on. Even though the flashback was about Cora, this was really a Regina-centric episode and I loved it for that.

I will say that this conflict with Zelena is showing Regina her own flaws in a way that nothing else has been able to do. When Zelena says "Envy's just another word for ambition" and Regina responds, "Well, that's just ... not true," not only was Regina's delivery of that line absolute perfection, but it also shows the change in her character. Season one, or even season two, it could have been Regina speaking that line to Snow or Emma. Now she sees through it for what it truly is - false. Her smile throughout the conversation with Zelena was perfect too. She's cocky and sure of herself and sure that she can eventually defeat Zelena. While she may admit her doubts to the rest of her group (another thing she never would have done a season ago), she instinctively realizes that she has something that Zelena doesn't.

Also, when Robin gives up her heart to protect the most adorable little Roland, season 1 or 2 Regina would have gone into a rage and killed something or someone. Instead, her first (very first!) thought is whether someone was hurt and her knee-jerk reaction is understanding, not anger. Love, forgiveness, family - all these things have worked on her in a way that has transformed her character, but not erased who she is and all she's endured and committed. 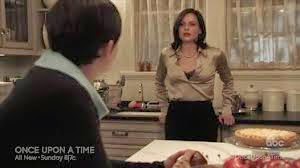 Her conversation with Snow, her admission of the complications surrounding Snow's murder of Cora, her frustration and failure to communicate with Cora - all these things lead Regina to the final moment when she can take hold of her own destiny and seek out Robin. Finally!

Cora certainly seems to be the manipulative and cold woman we have known all along. Even in her "innocence" she is conniving and plotting. That was one good thing about this flashback. There were no twisted things to try to get us to sympathize with Cora's situation or decisions. She twists things to get what she wants and through this ends up destroying herself and those around her. I'm glad that they work at having nuanced characters on this show, but I'm so relieved not to have another complicated "parent/child drama" storyline for once. Especially since Cora's character is basically out of the show. 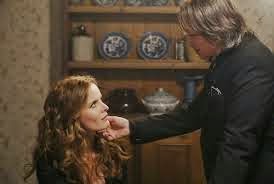 It was also nice to see Rumple back to himself a little bit, but maddening to see him back down like a dog when Zelena waved the knife at him. Here's to hoping they retrieve that knife very soon. I would really like to see Belle get some actual happiness for once.

Also good to see Emma finally getting a grasp on her magic without spending huge amounts of plot time illustrating it. But Henry? Where is he this whole time? How long before he starts to figure things out? Another, I hope it happens soon, for that plot line!

Curious to see where it goes from here and to learn more about what happened in the missing year.
Posted by Rebecca T. at 12:38 AM