10 Things I Loved About Criss Cross by Lynne Rae Perkins

One day I forgot to bring my book to work with me, so I needed something to read on my break. I wandered up to our Juvenile Fiction section at the academic library where I work, and pulled this book off the shelf. I ended up reading only 2 chapters, since I spent most of my break chatting with a coworker, but it intrigued me enough that I borrowed it and brought it home, where it's been sitting in my stack of library books for a while. A couple of days ago I picked it up again, started reading, and didn't want to put it down. This book consumed me as I consumed it. 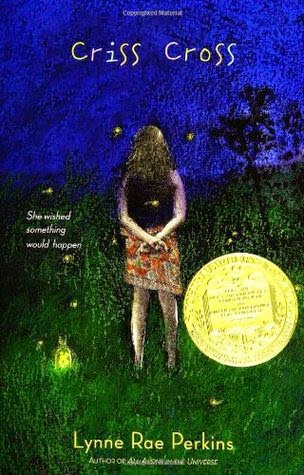 Set roughly in the 60s or 70s, this book is about a group of fourteen year olds as their lives criss and cross and interconnect and disconnect and reconnect along with all of the strange, quirky, confusing, wonderful, challenging things that happen in a small town as you're growing up.

You can check out Lynne Rae Perkins website HERE.