I Know a Secret by Tess Gerritsen 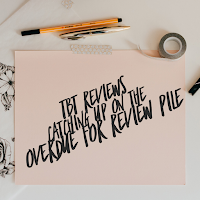 Welcome to a TBT Throwback Thursday Review.  I am working on reviving this blog and catching up on some long overdue book reviews.

I Know a Secret by Tess Gerritsen is the 12th installment in the Rizzoli & Isles series. It was originally published in August 2017. 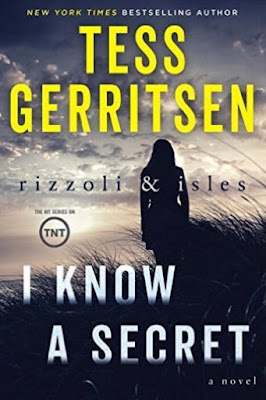 Two separate homicides, at different locations, with unrelated victims, have more in common than just being investigated by Boston PD detective Jane Rizzoli and medical examiner Maura Isles. In both cases, the bodies bear startling wounds—yet the actual cause of death is unknown. It’s a doubly challenging case for the cop and the coroner to be taking on, at a fraught time for both of them. As Jane struggles to save her mother from the crumbling marriage that threatens to bury her, Maura grapples with the imminent death of her own mother—infamous serial killer Amalthea Lank.

While Jane tends to her mother, there’s nothing Maura can do for Amalthea, except endure one final battle of wills with the woman whose shadow has haunted her all her life. Though succumbing to cancer, Amalthea hasn’t lost her taste for manipulating her estranged daughter—this time by dangling a cryptic clue about the two bizarre murders Maura and Jane are desperately trying to solve.

But whatever the dying convict knows is only a piece of the puzzle. Soon the investigation leads to a secretive young woman who survived a shocking abuse scandal, an independent horror film that may be rooted in reality, and a slew of martyred saints who died cruel and unusual deaths. And just when Rizzoli and Isles think they’ve cornered a devilish predator, the long-buried past rears its head—and threatens to engulf more innocent lives, including their own. -barnesandnoble.com


This is my favorite (so-far) of all the Rizzoli & Isles novels. It’s revealed early on that the first murder victim, Cassandra was working on a horror movie at the time of her death. I loved the backdrop of horror filmmaking. There is also an intriguing religious angle at play. To say more would spoil the mystery. There are a lot of twists and turns in this caper.

Gerritsen is not one to shy from grizzly descriptions of the crime scenes so if you’re more of a cozy mystery fan, this may not be the book/series for you. However it’s not all procedural. There is also a lot of drama here with Rizzoli, Isles and their respective personal lives. Isles’ romantic entanglements always have me shaking my head. If you’re a Rizzoli & Isles fan and haven’t picked this one up yet, definitely do! Newcomers to the series and thriller fans can be assured that this installment could be read alone but the series is strongest when read consecutively.

Special Thanks to NetGalley and the publisher, Ballantine books for the e-ARC in exchange for an honest review. 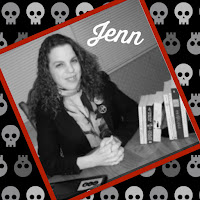