Ray Bradbury, How'd You Do That?


We lost a giant this week. Ray Bradbury (1920 - 2012) passed at the age of 91. I have to admit that I am much more familiar with Bradbury’s work through television and film than by actually reading his books. I did read “Farenheit 451” years ago, and it’s on my list of “to read agains.”

But the biggest literary gut punch I ever received was Bradbury’s 1954 short story, “All Summer In A Day.” I remember reading it in 9th grade, I believe. 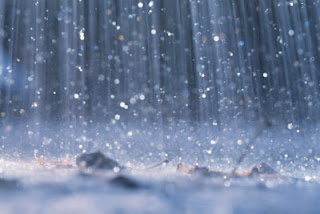 The story takes place in an elementary school, sometime in the future, on Venus, where an Earth colony has been established for, presumably, a number of years (perhaps decades). Venus is a world of perpetual rainstorms. The sun is only visible for two hours every seven years.

As the story begins, we see a number of 9 year old children chattering excitedly to each other and their teacher. This is the day they have been waiting for. The sun will be coming out any moment. With one exception, all of the children were too young to remember the last time the sun appeared.

That one exception is Margot, whose family arrived from Earth only 5 years ago. She is the only student who remembers the sun, and has described it in wonderment to her classmates.

Out of jealousy, resentment, or just plain wickedness, some of the other children begin to taunt Margot, accusing her of lying about seeing the sun. When the teacher leaves the room momentarily, the taunting grows contagious, and Margot’s classmates lock her in a closet and tell her she has to stay in there.

The teacher returns and begins escorting the children outside as the rain ceases and the clouds roll away. The children are enraptured at the sight of the sun, and try to make the best of every second of the next two hours. “It’s much better than sunlamps,” one of them says.

Eventually the rain returns, and everyone goes back inside. Then there is the horrible realization that Margot has remained locked in the closet while they were enjoying the sun. Guilt and shame wash over all of them as they approach the door, open it, and let Margot out of the closet.

I am a reader who likes to read things over and over again. I’ve had to replace some paperbacks that I’ve had for years because the pages were falling apart. But “All Summer In A Day” hit me so hard that I have not read it since that first time in 9th grade. Anytime I’ve ever seen a TV version of the story, I can not change the channel fast enough. I haven’t exposed my mind to it again until this morning, when I found it online and skimmed it again, just to check for details. It still messes with me.

That being said, if you’ve somehow missed reading this short story, I’m not going to tell you that you should read it. I’m not going to “urge” you to read it. Nor will I point out that, 58 years after its publication, “All Summer In A Day” is still the best material you can find if you’re looking for a way to show children how bullying affects others.

I’m just telling you to read it. Don’t go and watch the little children’s after school special version. Read the story. Just do it.

Ray Bradbury made as much of a profound impact on me in one 20 minute read as Victor Hugo did with “Les Miserables,” Alexandre Dumas with “The Count of Monte Cristo,” or Charles Dickens with “A Tale of Two Cities.”

Rest in peace, Ray Bradbury. You were one magnificent buzz kill. I promise I will, sooner or later, get around to reading “The Martian Chronicles.” You will be missed.

Yes! THIS is the story I was trying to remember the name of when I heard that Bradbury had passed away. I read it in sixth grade, and while I may have blanked on the title, I still remember the deep sadness I felt when I thought about that poor little girl having to miss seeing the sun. Maybe they shouldn't make eleven-year-olds read such depressing stuff, lol.

Isn't it just the feel good story of all time?