Basso for Hire has Gone to the Dogs 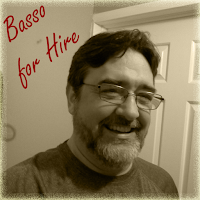 I'm sort of between books right now, and not ready to review them yet.  So what I've decided to do is try to stir up some more interest in a story that has been one of my favorites for decades.

I am going to presume that pretty much everyone reading this is familiar with the story of Old Yeller, by Fred Gipson (as in, "I can't believe they did that to Old Yeller), either through the book or the Disney movie.  Yeller was a dog named after both the color of his fur, and his distinctive, baying yell of a bark.

I love dogs.  A lot.  I've read a LOT of dog stories, and this one is my favorite.  In fact, it's one of my all time favorite books, period, even considering the gut wrenching, tear jerking climax ("Hey, Travis.  Whatcha doin' with that gun?").

But the book I want to bring your attention to today is another dog story, "Savage Sam," also by Fred Gipson, published in 1962.  Sam is the son of Old Yeller, and his mother is a Blue Tick hound named Miss Prissy.

We first see Sam as a puppy at the very end of Old Yeller.  He is very much his sire's pup, because he gets caught stealing food.

The story of Savage Sam begins perhaps a year after that of Old Yeller.  I'm not precisely sure, and I don't have the book with me.  The book is told in first person from the viewpoint of 15 year old Travis Coates.  He lives on his family's small farm in the Texas Hill Country in the 1870s with his parents and younger brother, Arliss (usually referred to as "Little Arliss").  Arliss is about 11, and he and Sam are constant companions and thick as thieves.

Life in the Texas Hill Country at that time was not easy.  In addition to the hardships inherent in farming, there were very real dangers for white settlers from Native American tribes of Apache and Comanche.  Travis, Arliss, and Lisbeth get captured by a band of Apache warriors, and face a harrowing ordeal as their prisoners.  At one point, when the Apache are involved in a skirmish with US Cavalry, Travis manages to escape.  Shortly afterward he meets Sam, who has been tracking the children for days.  Travis and Sam continue to pursue the kidnappers, and are later joined by an organized search party led my Travis's father.

I first read "Savage Sam" when I was about 10 years old, and have read it many times since reaching adulthood (physically, if not otherwise).  It's not as well known as Old Yeller, but it's just as good.  Gipson's prose reads so naturally, and having grown up in Central Texas (although NOT in the 1870s), every time I do read it, I can vividly picture the surroundings as he describes them.

I found out today, looking through Wikipedia, that Gipson got the inspiration for the story of Savage Sam from the real life story of Herman Lehmann, who was kidnapped by the Apache as a boy, and lived with them, and later the Comanche, for nearly nine years.  Reading an article about Lehmann's story, I recognized a number of the events depicted in Savage Sam.

I've looked for Savage Sam in bookstores several times, and have run across it a couple of times in "Independent Reader" sections.  I encourage you to look for it, both to read for yourself, and to share with the young uns, particularly if you know a boy who likes...
I can't wait to read it again.

Hope you enjoy.  And by the way, if you've never read Old Yeller either, why are you sitting here reading this?  You need to go out and get it and read it!

Basso for Hire
Posted by Unknown at 8:00 AM