Fairy Interesting: Once Upon a Time is BACK!

EEE! I love this show so much and I want to share that with those of you who love it too! So every Sunday I'll be posting my thoughts and comments. Beware - there will be spoilers. But I'd love if you joined the conversation!
And in case you missed the "Magic is Coming" special before the premier, here's my version :) If you don't want the recap, you can jump down to my thoughts on the season premier. I'll never know.

Okay, so now you're totally caught up and ready to go, right? 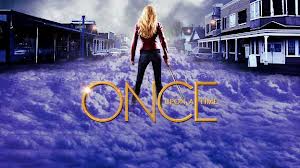 1.1 "Broken"
I have to say that the opening left me more confused than anything. It was so disconcerting that if I hadn't seen the credits rolling I would have doubted that it was the right show. And I kept waiting through the entire episode for that to come back in. Not a big fan of that move.

The seven dwarves are pretty much the cutest thing of all time and the family hug pretty much the most awkward of all time. Henry calling David "Grandpa" earned a chuckle, but Snow was way too, well, for lack of a better word - eager. I get that she has just gotten back her memories and realizes who Emma really is, but chill for two seconds. It's a lot to take in.

On a side note, I really love the casting of Raphael Sbarge as Jiminy Cricket. He just looks like a cricket!

Mr. Gold and Belle together is still adorable, and it makes it so much more frustrating when he refuses to give up his thirst for power. It will be interesting to see how their relationship plays out over the course of the season. As long as it doesn't turn into a cycle of Belle getting mad at him, leaving, coming back, he promises to reform, yadda yadda. Having said that, I'm very excited that Emily de Ravin has a recurring role this season!

Regina is as evil as ever and every single time you think that there might be a smattering of humanity left in her she does something that counteracts it. I'd really like to see more depth in her current character. It's one thing to make her sympathetic in her back story, but I need more than an occasional "but I really love Henry" moment to get me interested. Here's hoping they flesh her out a bit more this season.

I was totally not expecting Snow and Emma to get sucked into the portal. I was waiting for that magic human chain thing - you know, Snow grabs Emma, Charming grabs Snow and everyone is safe. So that was quite a twist. And it really is impossible to tell whether Regina knows that there's anything left of Fairy Tale Land or not.

I rather liked Aurora's character, but Philip seemed a bit of a jerk. I really disliked his manhandling of Aurora and I have to say I wasn't particularly sad to see him die.

Also, the whole woman dressed in concealing clothing to make it look like a man so it's a surprise when it's revealed she's a woman? Really did not work here. Not a fan of Mulan at this point. First, I'd rather she had her own story line rather than feeling like an add-on to someone else's, but also I found it weird that she was in some sort of love triangle with Sleeping Beauty and the prince.

I DO like the twist that this is now a parallel storyline rather than a flashback and that parts of Fairy Tale Land still exist. That was exciting and different. And of course, necessary so Emma and Snow had a place to arrive.

Overall an intriguing season premier. Not quite as good as I had hoped, but not as bad as I feared. I feel like I'm withholding judgment at the moment.

How about you? Excited? Reserved? Confused? And what did you think about some of the twists and turns of this episode?
Posted by Rebecca T. at 11:56 PM

Email ThisBlogThis!Share to TwitterShare to FacebookShare to Pinterest
Labels: Fairy Interesting, Fairy Tales, Once Upon a Time, Rebecca T.

Purple=I am the smoke monster's cousin